irlending
Home Entertainment They tried to poison Noelia and Jorge Reynoso; the FBI is...
Photos: Gettyimages

The singer Noelia and her husband Jorge Reynoso experienced a distressing and dangerous moment on April 18, as they suffered an attempted poisoning, the United States Federal Bureau of Investigation (FBI) is already investigating the regard.

Although the singer was also affected, it was the businessman Jorge Reynoso who had to be taken to the hospital in an emergency, this April 27 he made a call with Gustavo Adolfo Infante and in addition to explaining that the FBI absorbed the case, he mentioned his suspicions that the The attack was directed at Noelia.

“The FBI arrived because (Noelia) has some extra attention, because she is not only a singer but we are businessmen, but that was not for Jorge Reynoso, we own company codes and we are still working with the government,” he mentioned.

For his part, Jorge Reynoso mentioned the following about his health: “I have already been detoxified from what entered my body, the most important thing is that we are alive, originally we believed it was an allergy but later it was determined that the fruit that they took us to the suite had a very high toxin, a poison, the investigation is ongoing”

In the same conversation, Jorge Reynoso recounted how he suffered from this poisoning. The couple was at the Four Seasson hotel in Beverly Hills, located in Los Angeles. Someone knocked on the door and left them a gift, it was a fruit basket.

They are used to receiving hospitality from the places where they stay, but they noticed that it did not have a label and it seemed “strange” to them.

Hours later, the singer Noelia ordered room service and when her food arrived, she arranged the fruit in the living room of the suite where they were staying and her hands began to burn, at that moment she did not eat the pear she had planned. On her part, Jorge Reynoso recommended that she wash her hands and they believed that it was an irritation due to something else.

Noelia ignored the recommendation of her partner and manager and began to eat, but between 8 and 10 minutes later, she began to feel “terrible”.

The two were very surprised and began to suspect the chicken strips, so Noelia took some over-the-counter medications since they believed it was indigestion.

The next day, Jorge grabbed an apple and bit into it twice, but immediately he felt his throat close up and he began to feel hot, even that he was suffocating, Noelia asked him if it was one of her allergies, but the She asked him to call 911 and he threw himself on the floor because he couldn’t talk anymore.

“It was in a matter of seconds, then they told me that Noelia tried to stick her tongue out at me because I was swallowing it, when the hotel services arrived quite quickly, they injected me with something, an antidote before leaving for the hospital.” 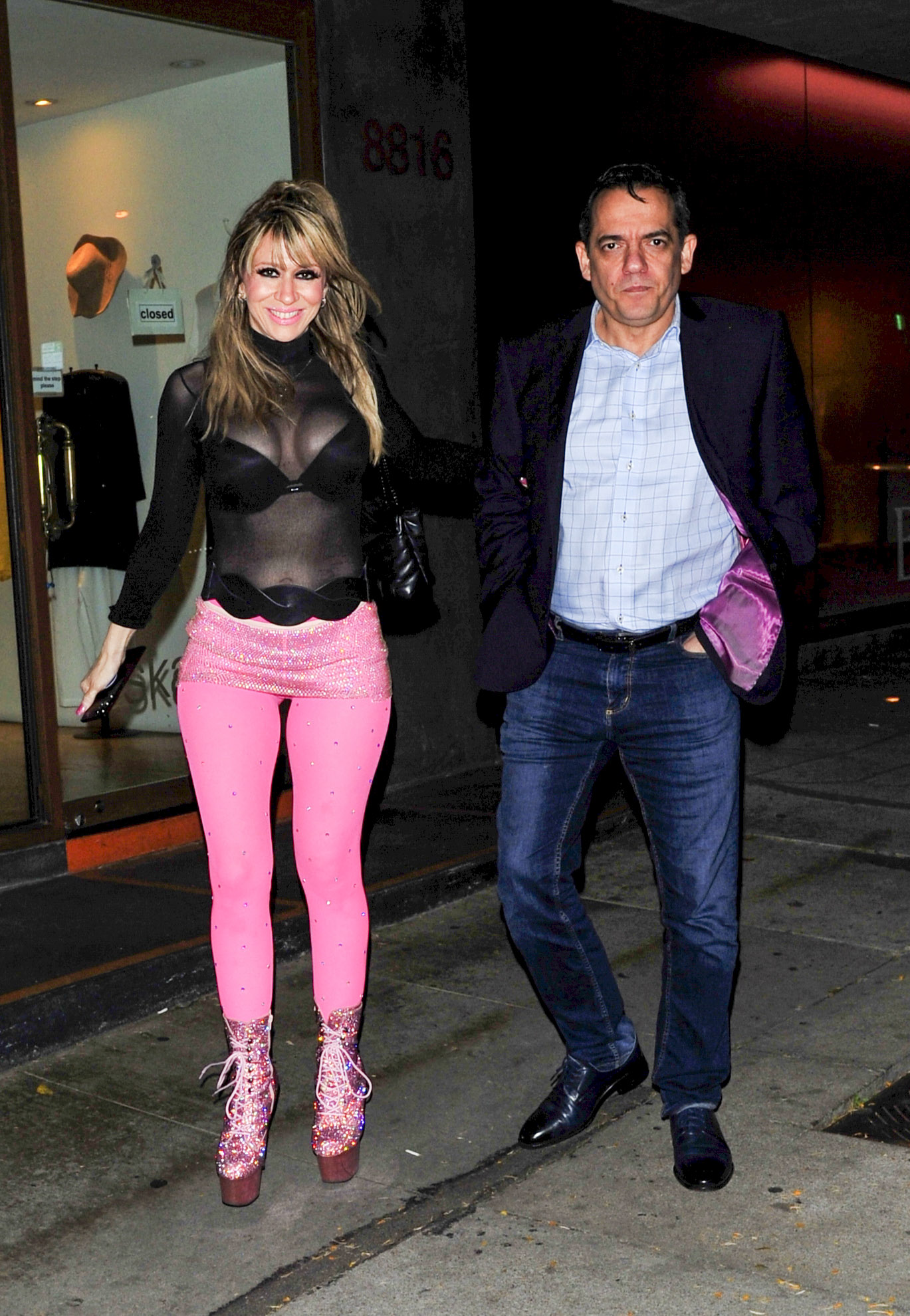 Jorge Reynoso maintained that Noelia saved his life, who on the day of the incident posted the following message on his Instagram account: Verified

“THANK GOD, Thank you for saving him, what a terrible experience, God saved you, I was not going to let you go just like that. You are a Warrior and you defeated death itself. Thank you to the staff of the Beverly Hills Fire and Rescue, to each of the Rescuers. A THOUSAND THANKS GOD BLESS YOU, to the Spanish-speaking staff who excelled in their desire to help, to the emergency staff at Cedar Sinai Hospital in Beverly Hills, the Doctors, the Nurses… waooo Thank you! THANKS TO MY PRADO FAMILY FOR BEING THERE. This is being born again, God is Great and I am grateful to him. I just want to make it clear that he is fine, and out of danger. I WILL NOT MAKE ANY MORE COMMENTS ABOUT IT, I WILL JUST KEEP GIVING THANKS.”